Many people mistake averages for value. Venture capital is exactly the opposite of this: missing the seed round of AirBNB if you had the chance to invest means you would be financially worse off than had you invested in 50 Theranoses. The difference is that in the first case you would make 1000x your investment or at worst 0, so the opportunity cost is immense. 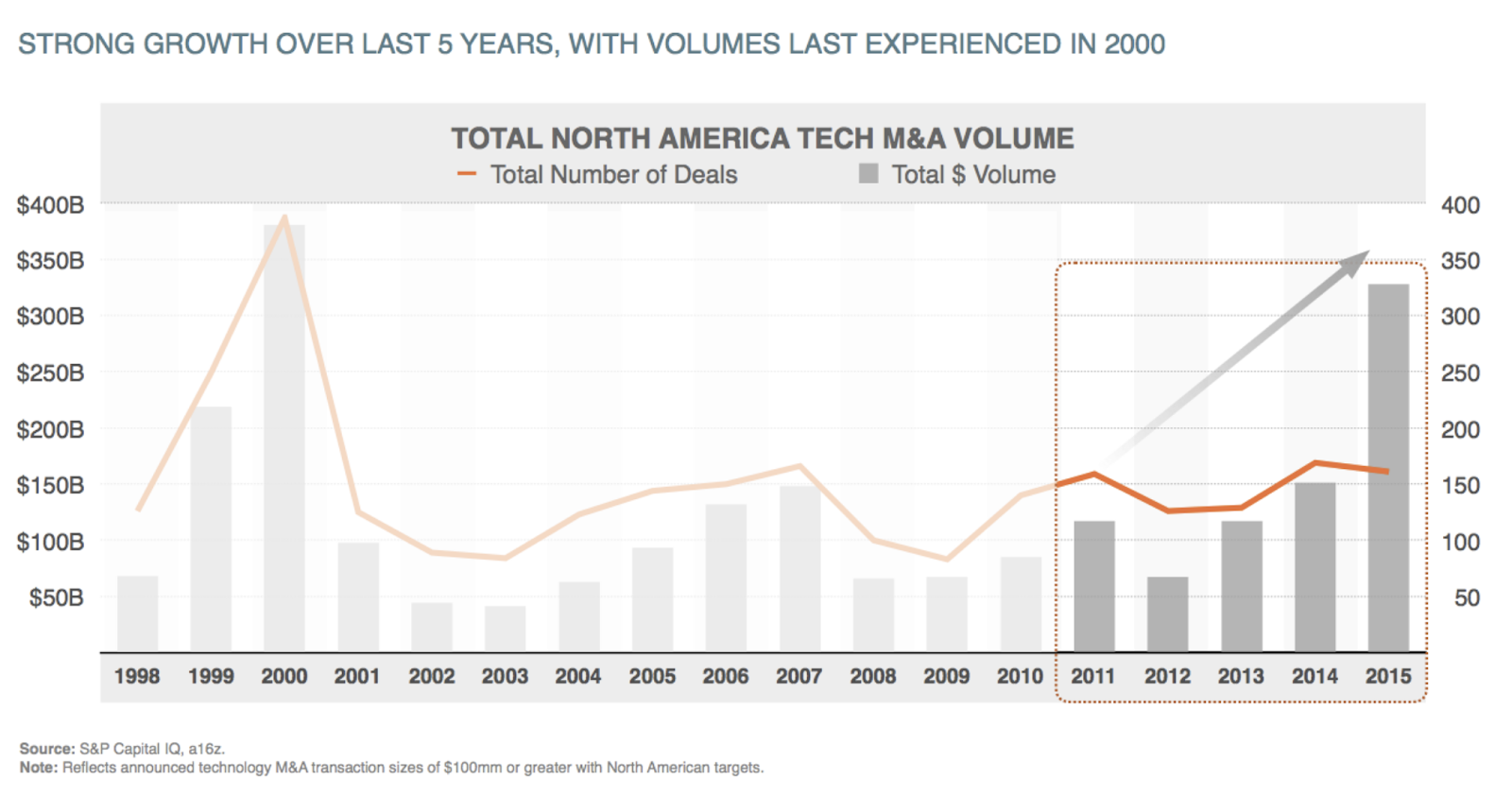 The Power Law of Company Acquisitions is why companies continue to make acquisitions. In the few cases it does work, like Google’s purchase of YouTube, the gains can continue to reap dividends decades later. Fundamentally, most of the best acquisitions are contrarian in nature; otherwise, they would have been bought by another company already. And sometimes, like the YouTube acquisition, there are only a few companies that could have acquired it successfully – the key is to stay within your circle of competence.

Facebook purchased Instagram at a cost of $1 billion in 2012, considered a steep price at the time. According to Fortune, the market price of Instagram alone is worth around $100 billion today. Facebook leveraged Instagram’s stellar business and brand in a symbiosis with the parent company. And Instagram, much like Whatsapp, is replenishing FB’s stagnant original product among younger users who drive culture. These acquisitions have created a new generation of users who are funneled into the FB flywheel – a resounding success for Zuckerberg and the team.

EMC’s Acquisition of VMWare Was Transformative

EMC’s purchase of VMware is one of the best acquisitions of all time. This is a case where the acquired company becomes more valuable than the parent.  EMC bought VMware for $635 million in 2004 because they saw the market for virtualization software taking off. Turns out their bet was right: a decade after purchase, VMware was worth more than $35 billion and still growing; it drove most of EMC’s growth before its sale to Dell. Fundamentally, EMC had operated on two principles that other big companies admonish; they spend hefty amounts on R&D while trying to obtain the most innovative companies they can buy.

Joe Tucci, EMC’s Ex-CEO, called their strategy ‘the string of pearls’:  “they bring in smaller companies with good engineering but not too much in sales and marketing. EMC brings them under their umbrella and explodes them.”

I had personal experience with a transformative acquisition of this type. In 2014 Acxiom bought LiveRamp (where I was CEO and founder) for $310 million which was roughly 22% of the company’s market cap at the time.  Originally the hope was that there would be a lot of synergies between Acxiom and LiveRamp. It turned out there were very few synergies but it did not matter, LiveRamp grew at a very fast rate as an independent company and it exceeded the value of the parent in just a few years.

Priceline and Booking.com: The Birth of a Travel-Tech Giant

“The Booking.com deal was far and away the most profitable acquisition in the travel space in the 2000s. The importance of the deal is so large that I think it should contemplate changing its name to Booking.com. It’ s that big and impactful of an acquisition. I can’t think of another company that owes tens of billions of market cap to a company that it acquired. Booking.com has consistently driven the profit and cash flow going to the bottom line of Priceline.”

(As Leung predicted, Priceline changed its name to Booking Holdings in 2018)

One of the greatest technology acquisitions of all time was the then-Priceline’s purchase of Booking.com for $135 million in 2005. Merging Booking.com with its 2004 purchase of Active Hotels, the company soared to new heights. Since the deal, the stock is up almost 30,000%.

The unexpected growth came primarily because of Europe, which was an unfamiliar territory for these American travel OTAs, and added new supply to Booking Holdings. Europe’s hospitality market has many smaller and independent players than in the states and as these hotels still need a way to reach customers, they turned to Booking.com.

The Priceline acquisition strategy was architected by Glenn Fogel was was then the EVP of Strategy and is now the CEO. If the team had only looked at the average change of a successful acquisition, it definitely would not have worked. This case study is a clear instance of knowing one’s strengths but more importantly, knowing where the puck is going and betting on it.

Betting on your Strengths: Adobe and Omniture

All acquisitions are not as clear cut however. In 2009, Adobe purchased Omniture, the largest provider of web analytics at the time, at a price-tag of $1.8 billion (to the then dismay of Wall Street analysts). Shantanu Narayen, Adobe’s CEO, believes that customers crave a vertically integrated experience between content, returns, and engagement and so he bet large on this vision. The Omniture purchase closed the loop between creators and the myriad of ways necessary to monetize that content and led Adobe’s foray into the analytics space.

Omniture, rebranded to Adobe Analytics, paved the way for Adobe to become a leading cloud software provider. This bet on data collection worked – the Adobe stock is up nearly 14x since 2009.

Even Smaller Companies Can Do M&A

Even small companies can benefit from acquisitions.  My company, SafeGraph, is actively looking to make acquisitions and I hope we can build the muscle of finding and accelerating great assets in 2020. Thinking about the benefits of scale, the data space really rewards excellent M&A strategy more than most industries. Initially, margins can look poor because of high fixed costs in garnering data but these don’t scale proportionally to revenue.

I elaborated on this in the DaaS (Data-as-a-Service) bible, specifically on how DaaS companies can continue to grow after achieving their flywheel:

A third lever to get to market share dominance is via acquisitions…When SaaS companies acquire, they tend to acquire other products in adjacent spaces so they have more products to sell their current customers (to increase LTVs per customer). This has been an incredibly successful strategy for Oracle, Salesforce, and others.

Of course, data companies can also acquire new products to sell into their customers. But DaaS companies have an additional opportunity to acquire direct competitors. These DaaS acquisitions have the potential to be much easier to be successful (and model) because they can just acquire the customer contracts (this is especially true if they already have the superior product).

But why is market dominance important in the first place? The reason is that both you and the customer get the benefits from economies of scale – the data industry is highly accretive and winner-take-all in this respect:

The goal of getting to market share dominance is not to increase prices on your customers. On the contrary. The goal is to lower your CACs so that you can LOWER prices for your customers…Great DaaS companies act like compute companies (think AWS) — they lower dollar per datum prices every month. So customers get more value for the money and that value compounds over time…Compounding is really key for data companies. Data companies build an asset that becomes more and more important over time. But it is really hard to see the compounding in the early days so people often give up.

If you are running M&A for a company, how do you know that a particular target company will be a 10x return? Of course, you cannot know for sure, but in 2017, I wrote a piece on Adexchanger that contained some heuristics on how to identify wonderful businesses:

+ The company clearly does at least one core thing better than anyone else.

+ The business has a moat, meaning that it is defensible.

+ The engineering team is better than yours.

+ It invests more in R&D than in sales and marketing.

+ It has a deep bench of leaders.

+ The company is not reliant on a charismatic founder.

+ It has an amazing brand.

Summation: Although most acquisitions don’t work as expected, they’re still worth thinking about because if one in ten work, those can still change the entire trajectory of the business. Averages don’t matter when discussing power laws.